Chris Eric began in the days of elementary school concert band playing clarinet. When he heard MTA by the Kingston Trio, he was hooked. Music was in his DNA. In addition to singing and playing guitar, Chris has learned to play the drums, piano, ukulele, Banjo and Harmonica.

Chris has been an acoustic singer/songwriter known as Sunday Speedtrap for over 25 years, performing over 1,500 shows and releasing 13 independent original records. His original songs are considered alternative country with the lyrics containing positive messages focused on relationship stories. 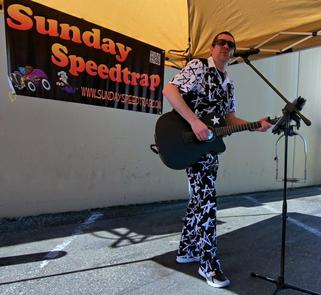